Stanford and our Lifeline team draw on their field research in Uganda for this article about meeting emergency water supply needs during COVID-19 and the long-term implications for rural operation. & maintenance. The original piece was published on Stanford’s Water, Health & Development website here.

After a 41-year career in the military, Tony Otim retired to his rural village in the Apac district of Uganda. Finding the nearest water handpump broken down – his village’s main source of household water – Otim took action by becoming the handpump caretaker, paying to fix it himself. Consequently, when a professional handpump service called EverFlow Africa offered Otim’s village a subscription to keep their pump running smoothly and providing water consistently, they jumped at the opportunity.

The village learned of the service through an ongoing study by Stanford’s Program on Water, Health and Development and International Lifeline Fund (Lifeline) – a non-governmental organization (NGO) that implements EverFlow. The study measures the demand for and impacts of this professional handpump maintenance service in Apac and its neighboring district of Kwania in northern Uganda. In return for a monthly fee, EverFlow provides handpump preventive maintenance, an annual handpump overhaul, a toll-free hotline to report problems and emergency repairs within 24 hours. Sensors manufactured by NGO WellDone are also installed on handpumps in the study to automatically monitor breakdowns.

Soon after subscribing to the service, the village of 87 families was paying $22 U.S. dollars per month to maintain their handpump – equivalent to roughly three percent of a typical household’s income in the area. By the time a lockdown due to COVID-19 was looming over Uganda in March 2020, Otim made sure his village’s payments for EverFlow were up to date, even making an advance payment. That was a good move. In May, he called the toll-free hotline to report a breakdown and a handpump mechanic fixed it within a day. Data from the handpump sensor showed that the last time the handpump had broken down – before the village subscribed to EverFlow – it took five times longer to fix.

In the midst of their COVID-19 emergency response, the Apac and Kwania district governments requested EverFlow repair handpumps in several dozen villages that had not subscribed to their service. The goal was to stave off COVID-19 by limiting travel between villages and ensuring people had enough water to meet their needs. Keeping handpumps working was essential to this plan. Last year villages in these districts averaged two breakdowns and 17 days of downtime, with half of households regularly using two or more water sources.

On June 2, in response to the district governments’ request, EverFlow allocated donor funds to repair a pump in Barokima village. Barokima is also participating in the study but has not subscribed to the EverFlow service. According to sensor data, the Barokima handpump broke down in January, was inadequately repaired in March and stopped working again in late May. Villagers told the EverFlow team that the handpump had actually been repaired four days prior. But the job was shoddy, using a bicycle tire innertube to reduce leaking. By the end of the professional repair, the handpump was running smoothly for the first time all year – at no cost to the village.

These villages’ contrasting experiences illustrate how the COVID-19 response in Uganda threatens to reinforce a key source of ‘moral hazard’ that is pervasive in the rural water sector. A moral hazard in economics arises when one party has incentives to take on more risk or to use more resources than it will have to pay for. Otim’s village made the decision to pay what it costs to keep its handpump running reliably. Barokima did not pay, opting to gamble on its handpump breaking down. When it did, the village was able to use alternative sources, and now it would ultimately receive a free repair arranged by the government and paid for by a philanthropy.

Barokima’s experience reflects an uncomfortable situation in Uganda and elsewhere. The government and NGOs often pay to repair or even replace rural water infrastructure despite policies that stipulate communities maintain their own water supplies. In Apac and Kwania, like many other places, numerous alternative water sources are available and more are being built each year, further offsetting the consequences of letting existing handpumps break down.

What will happen if Otim learns the Barokima village let its handpump fall into disrepair and received a similar repair his village diligently paid for? He could lose the motivation to pay for professional handpump services. If Otim exits the pool of subscribers it will compromise EverFlow’s capacity to provide high-quality service across the two districts.

That is not to say the emergency response was unjustified: local governments and their development partners must use all resources at their disposal to combat this pandemic. It does mean that failing to use the COVID-19 response as a window of opportunity for a longer-term policy aim could undermine ongoing efforts to improve handpump reliability like EverFlow. If the current injection of funds to repair handpumps in Apac and Kwania in the wake of COVID-19 ends with a reversion to the status quo, it could end up as further proof that waiting for a government program or philanthropy to fix handpumps is a good bet. One response to this moral hazard problem is a rural utility model. Water utilities are regulated monopolies that pool resources and professionalize water supply service. They have a mandate to enforce user fees, but can also channel subsidies. Utilities may mitigate the moral hazard problem by controlling supply through infrastructure management and payment enforcement, and by reducing prices through economies of scale and subsidy.

Here, too, the COVID-19 response in Uganda is instructive. Early in the response, EverFlow took on traits of a de facto rural utility. In April, Uganda banned public transportation, grounding handpump mechanics depending on motorcycle taxis to reach their customers. At the same time, EverFlow gained permission from the district governments to operate its trucks, and opened its toll-free hotline to every village in the area. In total, EverFlow agreed to repair 124 handpumps using donor funds – 16 percent of all handpumps in the two districts. These moves gave EverFlow several ingredients of a utility: a (near) monopoly on service provision, subsidy and coordination with government.

What was meant as a temporary arrangement could foreshadow a path toward implementation of Uganda’s new National Framework for Operation and Maintenance of Rural Water Infrastructure. Published in December 2019, the framework calls for district governments to contract with area service providers – public utilities, private companies or NGOs – to operate all water facilities in their service areas, to collect revenue from water users and to channel public and philanthropic subsidies. If the new framework is implemented as written, villages throughout Apac and Kwania could be eligible for the kind of on-demand, professional service Otim’s village receives from EverFlow. Although many details for implementing the new framework remain to be worked out –  particularly payment enforcement – EverFlow’s operation during COVID-19 represents, in broad strokes, what a functional area service provider could look like.

As of this writing, Uganda is relaxing some of its initial restrictions to combat COVID-19. Handpump mechanics across the districts are working again, ending EverFlow’s de facto monopoly. The toll-free hotline is still open to all callers, but no new donor funds are being allocated for emergency repairs. Even as EverFlow works through its backlog of 124 handpump repairs, Lifeline along with other pioneering service providers are collaborating with Uganda’s Ministry of Water and Environment to draft accountability and financing structures to flesh out how the area service provider policy could be implemented.

So far, the COVID-19 emergency response in Uganda has aspects of both a policy window and a reinforcement of the moral hazard. One positive is that both Otim’s village and Barokima have working handpumps during the pandemic. Another is that Lifeline is using the emergency as a stepping stone to advance the new national framework. But it leaves donors and NGOs, who have increasingly recognized the difficulties with rural water sustainability, in a tight spot. Can the 124 villages look to them the next time they need a repair? The very donations keeping water flowing during the pandemic might perpetuate a system of ad hoc emergency relief. Without a concerted effort by government, NGOs and donors to follow through on the policy window, this short-term cash injection may end up confounding long-term approaches to rural water maintenance in Uganda.

Daniel W. Smith is a PhD candidate in Environmental Engineering at Stanford University in California, USA. Dan leads Stanford and Lifeline’s research on willingness to pay for and impacts of professionalized handpump maintenance in Uganda. He can be reached at dsmith21@stanford.edu.

Igor Markov is the director of business development at Lifeline based in Kampala. In his former role as senior technical advisor, he was involved in the design of the EverFlow service. He visited Apac and Kwania twice during the COVID-19 emergency.

Emmanuel ‘Sunday’ Ojara is senior WASH manager at Lifeline based in Apac. Sunday is leading ILF and EverFlow’s response to the COVID-19 pandemic in coordination with the Apac and Kwania district local governments. 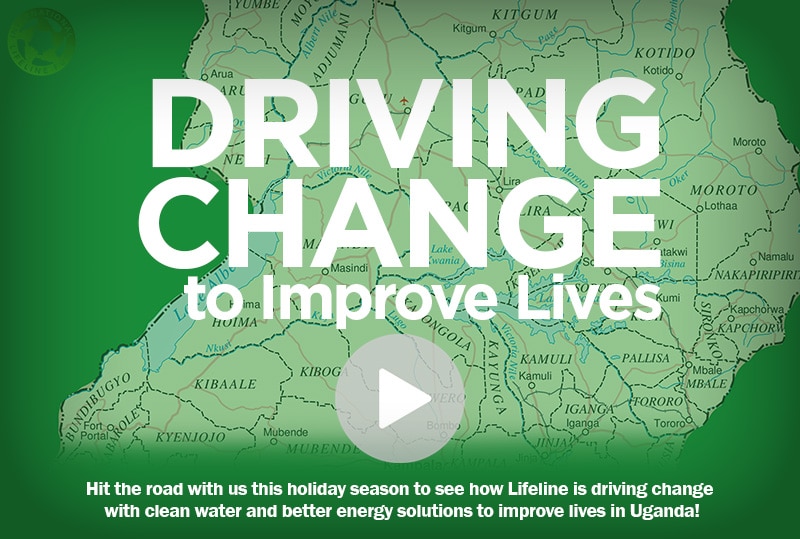